Safari Tanks in the WRC

A Safari Tank-fitted KTM made an appearance at the recent World Rally Championship event at Coffs Harbour on the NSW mid-north coast.

Safari Tanks customer, Tim, was involved in the event as a TV courier, delivering action footage of the event from the TV crews to a waiting helicopter, which then took the action to the TV studio for editing.

It was all part of the process of getting TV coverage of the event prepared and sent around the world, with millions of rally fans eagerly awaiting the latest action.

This was the first time that the World Rally Championship event had been held at Coffs Harbour, with the event seeing Ford Fiesta drivers Mikko Hirvonen and Jari-Matti Latvala (both from Finland) taking first and second places.

Seven-time World Champion, France’s Sebastien Loeb, crashed out of the event on the first day. 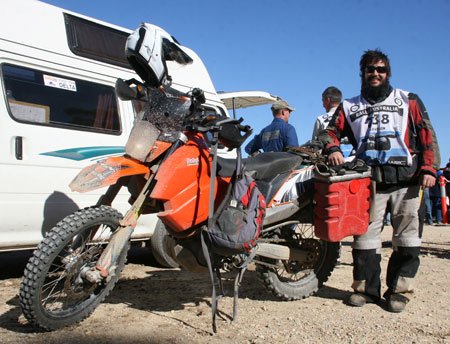